Pure CO2 for brine treatment and N2 for inerting, blanketing and purging during chlor-alkali processes and turnarounds

It’s estimated that roughly 50% of the chemical industry’s products depend, in some, way upon chlorine chemistry [1]. Moreover, the majority of the chlorine used in modern industrial applications is manufactured via the chlor-alkali process.

That volume of production can make the chlor-alkali market a crowded one—but one of the best ways to stay competitive and profitable in a crowded market is to use gases from Messer, an industrial gases leader for more than 120 years.

Feeding your chlor-alkali brine tanks with CO2 from Messer is a simple, reliable, and cost-effective solution. The alternative—capturing, purifying, and repurposing carbon dioxide (CO2) produced as a by-product of processes such as ethylene oxide (EO), steam methane reformers (SMRs), ammonia (NH3), ethanol (ETOH) and natural wells—can be a logistically complicated and surprisingly expensive undertaking. Choose Messer, and let us make your life easier and your lines more productive.

Once your brine tanks have done their work, Messer’s versatile nitrogen network—the most expansive in North America—can provide the bulk nitrogen (N2) you need for inerting, purging, blanketing and turnarounds (TARS). 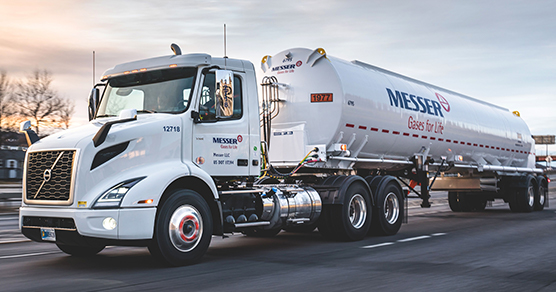 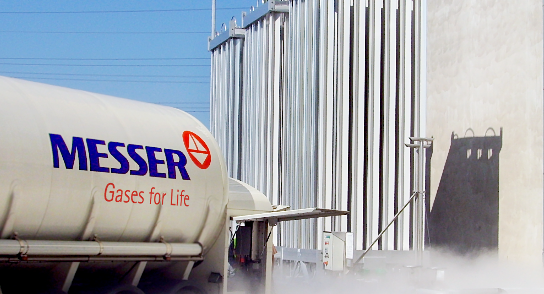 Bulk nitrogen you can count on, delivered in whatever amount, form, and purity level you request.